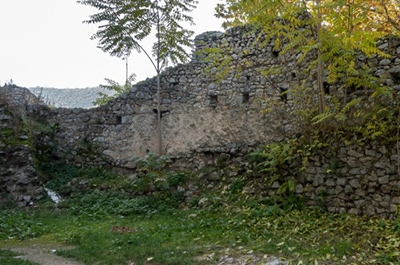 The walls of the city of Kastoria are now a remnant of its fortified system. In several places within the city some sections are spoiled. Previously, however, until the years of the Second World War it was in better condition. The dating of the walls is not an easy task, but many of the scholars place their construction in the era of Emperor Justinian.

The walls of Kastoria, as preserved today, especially the semi-circular towers and especially one (of the two that must have existed) and which belonged to the pylon, the only town in the old fish market, are a typical example of the fortification of the 9th-10th century.

The main gate, named in the Ottoman domination "Exoporta" or "Great door", was situated in the territorial rise of Davaki Square while the other two gates of the neck walls were one in front of the current Town Hall and the other in the South of the surviving Turkish mentrese.